Top Universities in Islamabad and Karachi for Masters

Top Universities in Islamabad and Karachi for Masters 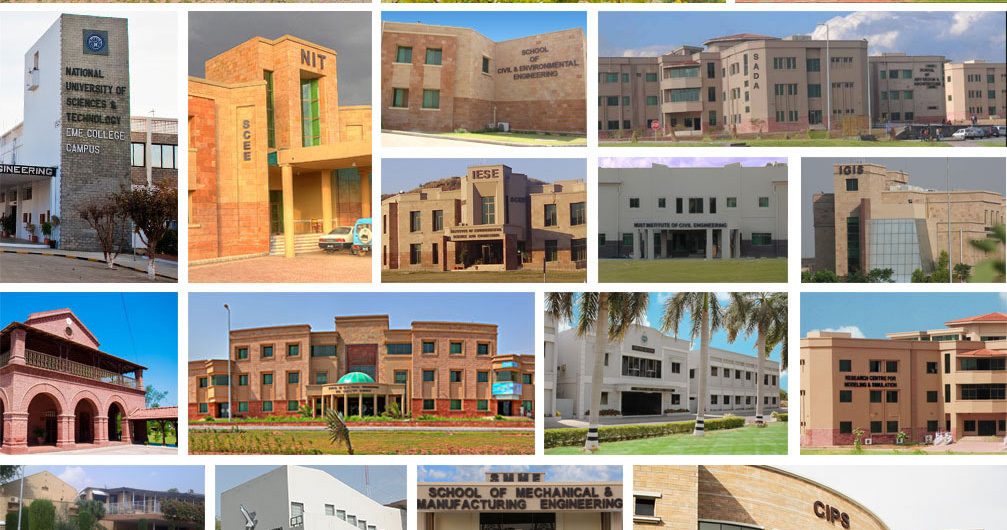 Post-graduation is very important for the educational career of everyone. There are many universities and colleges for doing Master. You need to get admission in a perfect institution which will be responsible for the completion of your studies. After completing your studies, you can easily get a different kind of job but doing Masters is a critical step. Like we have said before that there are many universities and you had to choose one which is most suitable for you. There are two major international cities which are approached by students from all over the world. Luckily, the majority of the students prefer to choose the best cities of Pakistan for studying.

Islamabad and Karachi are two major cities of Pakistan. Karachi is the largest city of Pakistan having a number of educational institutions. There are various institutions which are also situated in the magnificent city of Islamabad. Many of the student’s book Lahore to Karachi PIA flights for going to the city of Karachi and then getting admission in the notable universities of the popular region.

Let’s discuss some of the popular universities which are located in the region of Karachi and Islamabad. You can also search for air tickets from Faremakers.com for traveling across these famous cities.

National University of Sciences and Technology was founded in the year 1991 for the promotion of scientific learning. It was a process which was called STEM (science, technology, engineering, and mathematics). This university has the highest international ranking in terms of any Pakistani university. It is on the top list of QS World Ranking in the list of 501-550 range. This university looks extremely attractive and is recommended as the best institution for the studies of electrical engineering. Those who are interested in this subject might get admission to the master’s program.

The name of Quaid-e-Azam University was Islamabad University however it was changed in order to honor the founder of Pakistan, Muhammad Ali Jinnah. This university has constantly been in the higher rankings and most of the students have completed their master’s degree program from this famous university. The ranking has been constantly increased and the students love to take the admission in this university. It was established in the year of 1967 which makes it one of the oldest universities in Islamabad. The university is located on the base of the Margallla Hills which makes the whole of the scenery very beautiful.

The University of Karachi is the biggest university in Pakistan. It was constructed in the year of 1951. It has an area of 1200 acres which is a very large area in the case of any educational institution of Pakistan. A number of students who are currently enrolled in different degree programs in the university are also 23,000+. There are over 800 academics teaching to the number about whom we have discussed before. Research is being done at a higher level and there is a very large library of the University of Karachi and it has a total of 4, 00, 000 books.  Some of the books are very old and they are dating back to 1600.

Related Here: 5 Things That Student Should Know Before to Going Abroad For Study

The National University of Computing and Emerging Sciences

The National University of Computing and Emerging Sciences is one of the major universities in Pakistan. It is one of those universities which have campuses in different cities of Pakistan. It also has the first multi-purpose campus in Pakistan. This university is famous for doing completing education in the field of Computer Science.  Many of the brilliant students have taken admission in this university. They are the ones who have an interest in the field of computer science and the latest digital technology. Those students who have completed their studies are working in the best companies. This university was formed in the year 2000. It has been ranked by different institutions in Pakistan and also by global organizations.

Sindh Madressatul Islam University is one of the excellent universities serving the Karachi and related Area. It was established in the year 1885. It is the an older university of Pakistan and South Asia, The founder of this university was Hassan Ali Effendi. Sir Syed Ahmad Khan and Syed Ameer Ali supported this struggle for setting up an educational institution. This university was started as a school for Muslim students. It remained popular until 1943 after so many years of its founding, it was granted the status of a college. It became a university in the year of 2012, so many years after the independence of Pakistan. This university offers graduate and post-graduate programs for the students.  Many of the prominent people have studied from this famous institution including Quaid-e-Azam Muhammad Ali Jinnah. Many other famous politicians have also studied here.